Hacknovate 4.0, a 12-hour hackathon organized by ABES Institute of Technology on November 25th, 2022, recorded over 200 teams registered from all over the world. The event was held in a hybrid format, with 93 teams participating offline and the rest participating online. The event began at 8:00 AM and ended at 9:30 PM with the announcement of results.

The event was inaugurated by the director of the institute, Dr. M.K Jha, and was handled by the heads of various departments, Dr. Bipin Kumar Rai (HOD of IT and CSDS Dept.), Dr. Upasana Pandey (HOD of CSAI & CS-IoT Dept.) and Dr. Rizwan (HOD of CSE Dept.).

Along with the main event, there were also three mini-events: War of Meme, Own the Throne, and Capture the Throne. Winners of these mini-events received 500₹ each. 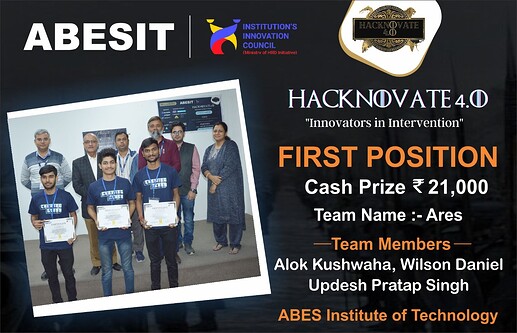 Winner of the hack: TEAM ARIES 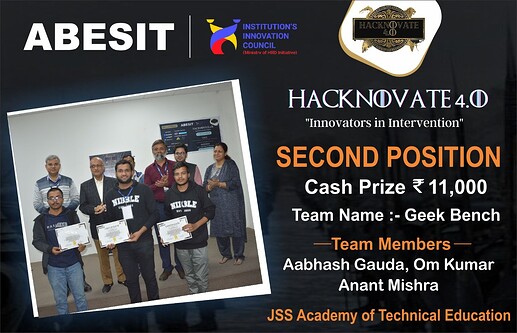 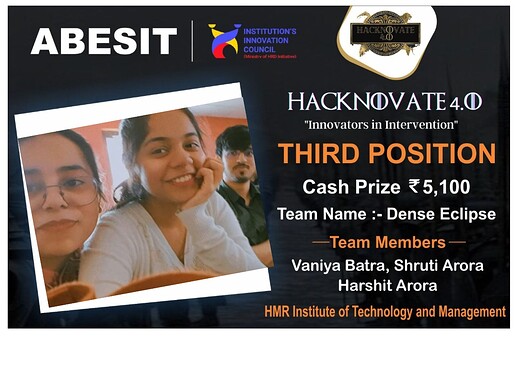 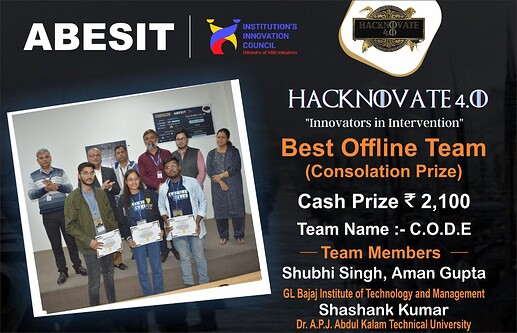 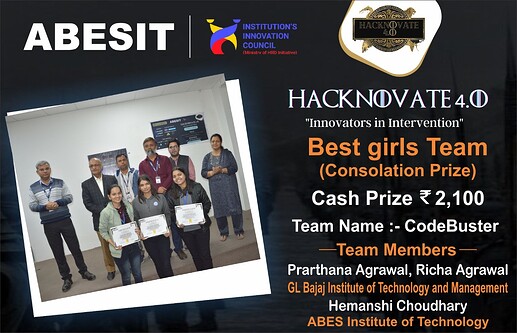 Overall, Hacknovate 4.0 was a successful event with a large number of participants and engaging challenges. The organizers and participants should be commended for their hard work and dedication.