Voters Before Citizens: The Origins of India’s Electoral Democracy

Voters Before Citizens: The Origins of India’s Electoral Democracy 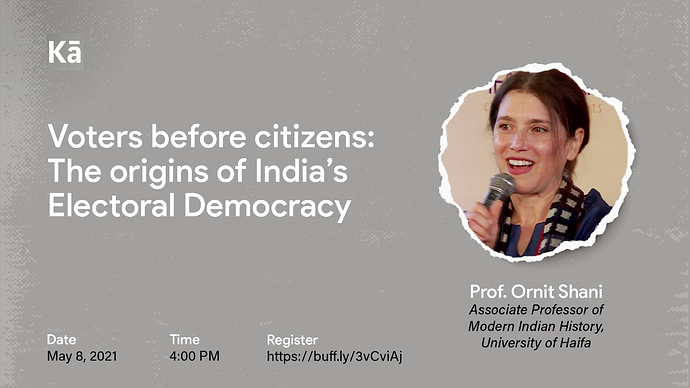 Voters Before Citizens: The Origins of India’s Electoral Democracy2501×1407 428 KB

How did a full electoral democracy based on universal adult franchise begin in India? Contrary to a common understanding, which has tended to see it as an inheritance of the British Raj, new archival materials reveal a different, and hitherto unknown story. The origin of India’s edifice of elections, through the preparation of the first electoral roll, was an ingeniously Indian enterprise. The turning of all adults into voters, even before they were citizens, was a staggering democratic state-building operation of inclusion and scale, which surpassed any previous experience in democratic world history. This work was undertaken by Indian bureaucrats from August 1947, in the midst of the partition, and in anticipation of the constitution. It entailed numerous interactions between administrators and people, even from the margins, who took a keen interest, and participated in the endeavour. This process resulted in innovations that secured electoral democracy in India for the decades to come.